Star promise by G.J. Walker-Smith, is the fifth and final book of the Wishes Series. 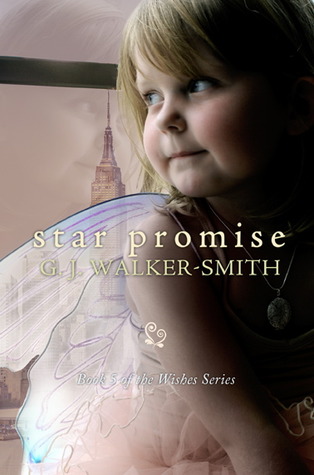 Adam, Charli and their daughter Bridget have returned to New York. Charli has found her dream job in an Art Gallery and Adam returns to his father’s law firm where he discovers that the career he thought he wanted isn’t so great after all. A chance encounter with a woman at Bridget’s new ballet school sends their world into a tail spin. Charli’s confidence is shattered and after a lot of soul searching, they decide to return to Piper’s Cove to find their bliss.

This young adult series will make laugh you and fall in love. I was sad to be saying goodbye to it. G.J. Walker-Smith has done a remarkable job in bringing her characters to life. Adam and Charli still have their spark and their daughter Bridget is by far the stand out character. She steals almost every scene she is in. Star Promise ties in very well to the third book in the series which was about Adam’s brother Ryan.